Shikuteu: Dewdrops of fire on the plain 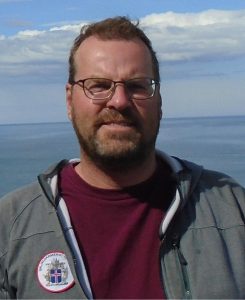 The Russians call them Морошка and Icelanders, multuber. They are known as oighreag in the Scottish Highlands, lakka by the Sami in Finland, and aqpik by the Inuit in Canada. The botanists, rolling out the red carpet, named them Rubus chamaemorus. The Innu on the Quebec-Labrador Peninsula called them shikuteu… ringing any bells yet? These different words, uttered by different peoples, all refer to the cloudberry!

The North Shore is home to masses of berries, but none stand out so bright as the cloudberry. Though it’s been renamed by each new ethnic group to stumble upon it on this vast territory, it has been known as shikuteu (“fruit the colour of fire”) the longest—thousands of years, to be exact. In a clear case of lexical borrowing, shikuteu in Innu become chicouté in Quebec French. A neologism… or Innuism, if you may!

Passing through the Minganie and the Lower North Shore on cod fishing or seal hunting expeditions, Acadians from the Magdalen Islands and the Maritimes joined the handful of French Canadian families already settled in the eastern part of the territory and laid down new roots. Instead of chicouté, the new migrants preferred the term plaquebière.

But careful! The term has nothing to do with beer (bière). Rather, the term was born of a phonetic shift. The settlers living in New French called this berry plat-de-bievre, after bievre, an archaic term for the famous rodent that was eventually known as, you guessed it, beaver in English. Why? Believing that beavers were particularly fond of this little berry, they baptized it—literally—beaver food!

Newfoundlanders colonized the Lower North Shore in the second half of the 19th century, putting the finishing touches on the ethnocultural portrait of the North Shore. Newfoundlanders were no strangers to cloudberries, long known on their native island as bakeapples, probably in reference to their likeness to a cooked apple when fully ripe.

The oldest written records of people on the North Shore eating cloudberries date back more than 160 years. During a mission on the Lower North Shore in 1858, then known as the Canadian Labrador, Abbé Jean-Baptiste-Antoine Ferland (Montreal, 1805 – Quebec City, 1865), after visiting the village of La Tabatière, wrote:

“However, the favourite fruit in these parts is, by far, a yellow blackberry, Rubus chamaemorus, called chicoté by the savages and the French, and bake-apple by the English. This fruit is enjoyed not only by man, but also by dogs and bears, which are quite partial to it. It can be added to sauces, but it is mainly used to make jams and preserves to keep for the winter.” 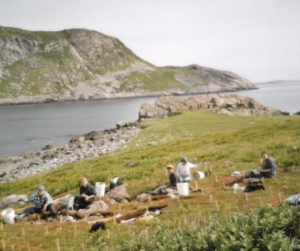 In the summer of 1861, England-native geologist and explorer Henry-Youle Hind (Nottingham, 1823 – Windsor, 1908), while staying in Minganie and on the Lower North Shore after a canoe expedition along the Moisie River, recorded the local knowledge of this fruit:

“In favourable seasons the country is covered with many varieties of berry-bearing shrubs—blue-berry, cranberry, gooseberry, red currant, strawberry, raspberry, ground raspberry (Rubus arcticus), and the bake-apple (Rubus chamaemorus), called chicoté by the Montagnais and French. This fruit is eaten not only by men, but also greedily by dogs and bears.”

Shikuteu, chicouté, plaquebière, cloudberry, bakeapple… enough names to give this charming orange-toned berry an identity crisis! And it doesn’t end there! In 2003, during an archeological dig at Pointe-à-Henry, at the northern tip of Saint-Pierre, one of the islands making up the French archipelago of Saint-Pierre and Miquelon, I was scolded by a colleague, native to those parts, for accidently stepping on a platebière!

To further muddy the waters, in other parts of the country, this little berry was named ronce petit-mûrier. The widely celebrated Flore laurentienne (Laurentian flora), authored by Brother Marie-Victorin (1885-1944), tells us the following about the berry:

“Perennial plant with creeping rhizomes; aerial shoot (10 to 30 cm tall) bearing 1 to 3 kidney-shaped leaves with 3 to 7 rounded lobes; single white flower at the tip of each stem; spherical berry, first red, then ripens into translucid amber. Flowers bloom in the summer. Found in subarctic regions and bogs. Abundant in the North and around the Gulf of St. Lawrence, but absent in the St. Lawrence plain and in all western Quebec.”

This settles the question of the berry’s distribution in Quebec. However, as illustrated by the map, this berry also has an international—or shall I say, circumboreal—presence: “Its distribution is circumscribed by the boreal region. It is not present in the arctic, but rather in the northern parts of continents that border the Arctic Ocean.” (Brother Marie-Victorin 1935, 331) [Translation]

The harvest time for this berry generally ranges from mid-July to mid-August. Given that each plant only produces a single fruit, cloudberry picking is not for the faint of heart! In addition to a good pair of waterproof boots, pickers need a healthy dose of forbearance while tramping through bogs on their quest for this beautiful amber gem, which shares its home with millions of black flies and mosquitos!

Once the mission is complete, the pickers proudly return home with their pots, containers and tubs brimming with this precious fruit, ready to be eaten. This berry can be enjoyed in a variety of ways. The simplest, most purely epicurean way is to eat them as nature intended. Some take the time to add cream, whereas others prefer them as a topping for ice cream. Those with a bit more patience make pies, squares and steamed pudding, to name a few. 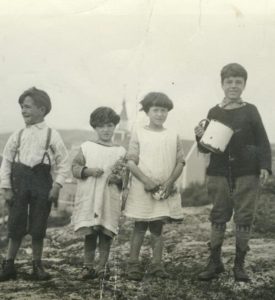 If you can get your hands on the recipe books coming out of the villages in Minganie, the Lower North Shore and even beyond, in Labrador, Newfoundland and Nunavik, you will be blown away by the ability of local chefs for dreaming up myriad ways of lighting up our taste buds with the territory’s berries, such as cloudberries.

Determined to win over the hearts of Quebeckers, Lady Cloudberry presents herself at times as a succulent jam, and other times as jellies or coulis. Once upon a time, i.e. about twenty years ago, this emblematic fruit was even transformed into a cloudberry liqueur, “Chicoutai.” This product, sold by the SAQ, was even awarded a silver medal by Ljubljana’s international wine and spirits competition, in Slovenia. And who knows how many bottles crossed the Atlantic, carefully packed away in the suitcases of Europeans who were proud to bring home this exotic flavour to impress their friends and family? The only sour note in this tale is that production of the liqueur has since ceased.

However, not all hope is lost for amateurs of cloudberry liqueur. If they journey on to the province of Newfoundland and Labrador and step into a liquor store, they might be lucky enough to find a Finnish variety called “Lapponia.” However, they will probably have an easier time finding wines and liqueurs made directly in the province, including “Sedna” and “Cloudberry Wine.” 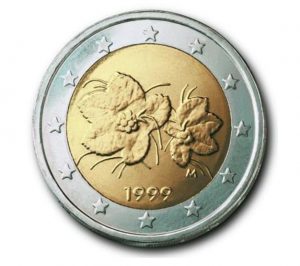 The more fortunate travellers venturing east of Sept-Îles have only 1.5 hours to drive to reach the charming village of Rivière-au-Tonnerre. At the heart of the village, a beautiful two-storey heritage house, painted sky blue and standing seaside, is sure to catch their eye. This is the “Maison de la Chicoutai,” which is, hands down, the most popular spot to sample and buy cloudberry products on the North Shore!

But there is always more! Never before have we had so many opportunities to discover cloudberries, in all its forms. The following locations offer a treasure trove of cloudberry products: Confiserie Boréale (Colombier); Les Délices de Michèle (Baie-Comeau); Trésors des bois (Gallix); the Musée régional de la Côte-Nord, the Végétarien and Marché Napoléon (Sept-Îles); Coopérative agroforestière le Grenier boréal (Longue-Pointe-de-Mingan); Parallèle 51 (St-Paul’s River); and, last but not least, the Chocolaterie la Coqueline (Natashquan), which makes a mean cloudberry gelato. Ah yes! I’ll also add my own personal favourite to the list: the “Chez Nat” canteen in Longue-Pointe-de-Mingan, whose famous dairy bar conjures up special regional flavours.