The rise of the locavore movement on the North Shore 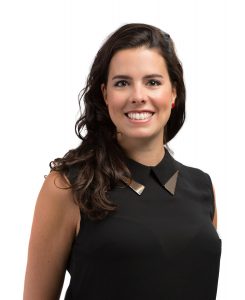 Over the last few years, the locavore (or local food) movement has become omnipresent in Quebec, including on the North Shore. With an immense territory of 236,664 km2, the region boasts a well-stocked pantry and a growing number of initiatives seeking to showcase its fare. Is it possible to be a locavore on the North Shore? Oh yes, absolutely!

First things first: what’s a locavore? According to Le Petit Larousse, it’s a person who chooses to consume only local and seasonal fruits and vegetables in an effort to do their part for the environment. Pretty straightforward in theory. But in practice, how do you get your hands on this produce?

In days past, those living on the North Shore were locavores. They didn’t really have a choice, given that not all the villages on the Upper and Middle North Shore were connected to Route 138. Because they could not receive shipments by truck, people had to be self-sufficient and complement their diets with food that arrived by ship. Today, the Bella Desgagnés still ferries supplies to Lower North Shore villages (from Kegaska to Blanc-Sablon), as they are not yet connected to the highway. 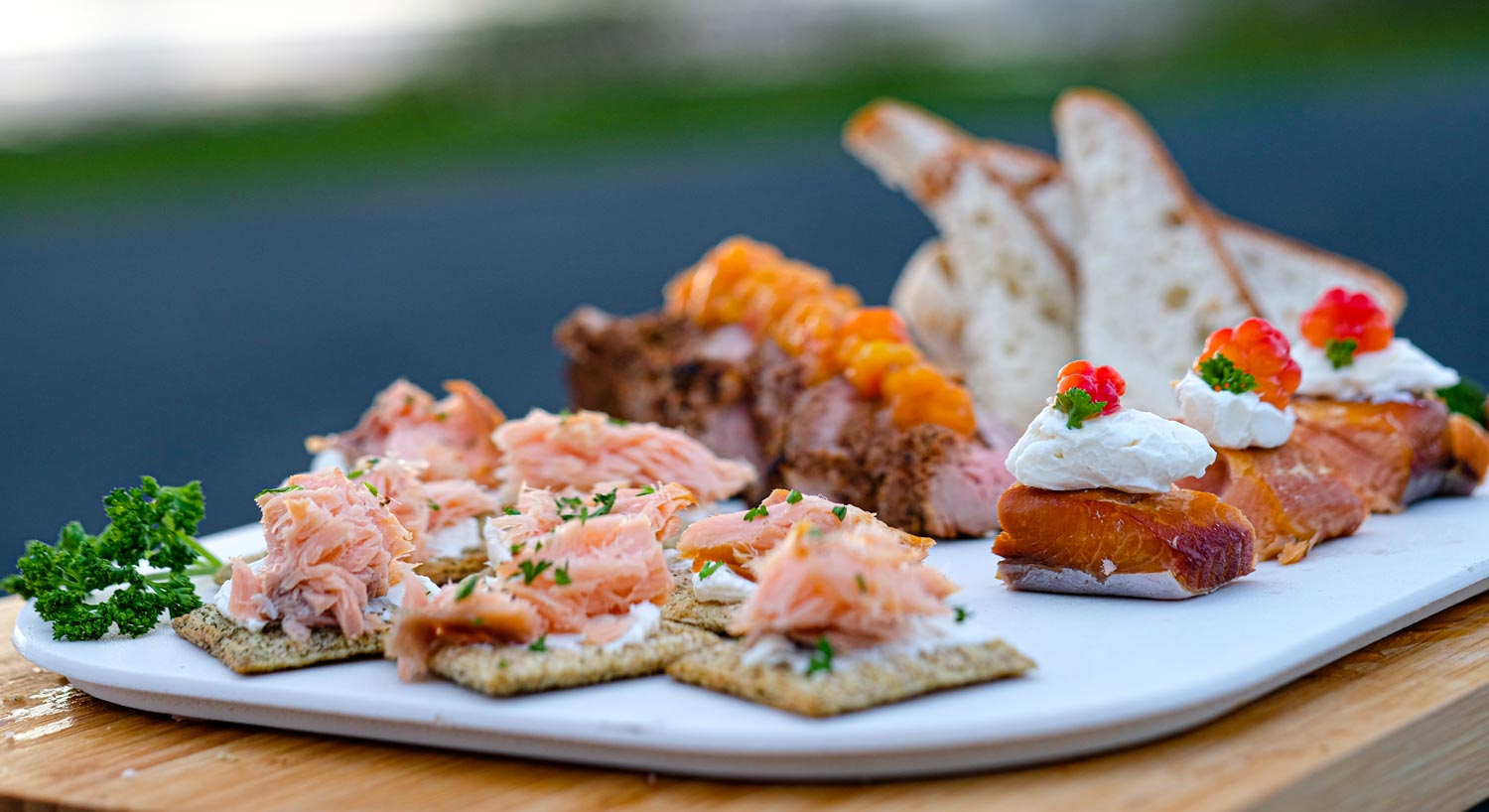 Back then, people for the most part kept a small garden where they cultivated potatoes, turnips, carrots—whatever could grow in the Nordic climate—and stored them for use for the rest of the year. Wild raspberries, blueberries, crowberries, lingonberries, gooseberries, cranberries and cloudberries were turned into jam. Hunting and fishing also played a prominent role. Fish was salted or stored in ice houses, in the literal sense (i.e. small houses filled with ice). Crab and lobster meat was canned. Rabbit meat was preserved in jars.

However, as new sections were added to Route 138, products from outside the region gradually became accessible on the North Shore. For a while, interest shifted to the novelty and convenience of the newly available products.

“There is a new generation of pickers and gatherers, but it’s harder to pass down fishing and hunting knowledge because people are living more urban lifestyles on the North Shore. That said, even if fishing and hunting are no longer necessary, they are still widely practised and bring us back to the land.”

From field to table

However, over the last decade, those living on the North Shore have begun to reappropriate their territory, get reacquainted with their roots and rediscover their culinary traditions. They are taking advantage of innovations and new techniques for Nordic agriculture—geotextile, for instance—and making the most of greenhouses in order to extend the region’s shorter growing period. They are working with heirloom seeds that are better adapted to the region’s climate. They are eager for products that have not travelled thousands of kilometres before reaching their tables… as is often the case, given the procurement and transportation challenges facing the region.

In 2013, hungry for freshness and diversity and wanting to shine a bigger spotlight on non-timber forest products (NTFPs) in Minganie, Claude Lussier, from Longue-Pointe-de-Mingan, co-founded the Coopérative de solidarité agroforestière de Minganie, Le Grenier Boréal. “We built a greenhouse at the village school, and the teachers and students developed a genuine interest in gardening. The project helped them adopt healthier lifestyle habits. It also motivated several parents to dig a garden or build a greenhouse at home,” said Claude. Though Claude is no longer the Coop’s director, he is still actively involved in biofood projects in Minganie.

In 2017, the project received the prestigious David Suzuki Action Prize in recognition of the cooperative’s local production of eco-friendly food and community spirit.

“The berries from the Minganie, I freeze them and put them in everything: muffins, cakes, yogurt, jams. Our house goes through about 400 pounds of berries every year!” 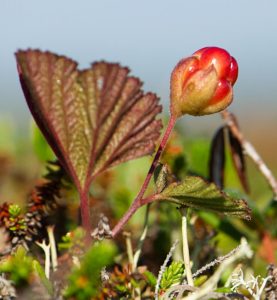 Haskap berries and Co. on the menu

To see the locavore movement in action on the North Shore, one can drive to Pointe-Lebel, near Baie-Comeau. In 2013, Julie Bérubé, her father and her uncle, seeing the territory’s potential, planted their first haskap berry plants, which produce berries akin to blueberries—only longer and slightly tarter. While waiting for the bushes to produce enough berries to harvest commercially (“It takes seven years!”), they decided to grow a few vegetables and sell them at their farm kiosk. They also planted strawberries and the North Shore’s very first corn field, and opened up a u-pick. The Ferme Manicouagan also supplies a few small restaurants in Baie-Comeau with Nantes carrots, fennel and sprouts at the height of the growing season.

“People love picking their own strawberries and corn. It’s a wonderful family activity. It makes people proud of their region and it encourages local businesses. We feel there is a real movement building steam,” said Julie Bérubé, who oversees business development and marketing for the Ferme Manicouagan. “Despite the climate, and even though it takes longer and it’s more complicated, we show that it’s possible to cultivate the land on the North Shore. The demand for fresh and local products is there.”

Haskap berries grow in the wild on the North Shore, but there is still some work to do to get them in people’s homes, both in the region and beyond. “It’s a little-known fruit, just like cranberries some years ago. We import dried goji berries from China, but our haskap berries are a better, fresher alternative, bursting with even more antioxidants,” said Julie.

Initiatives by the dozen

Other North Shore communities have also set their sights on self-sufficiency. In 2011, Baie-Johan-Beetz opened its own grocery store, Les Choix de Marguerite, which is managed by the village’s inhabitants. Fast forward to the present day, and it now also boasts a greenhouse that grows fresh vegetables for the small 90-person community in the summer. 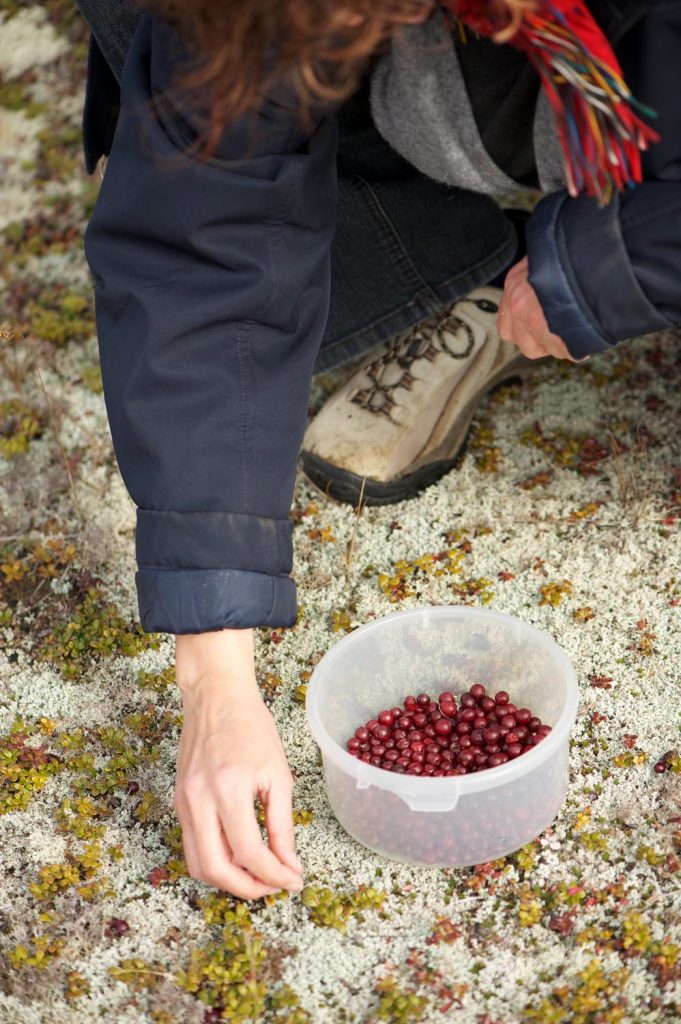 When the fish plant closed in La Tabatière, on the Lower North Shore, 65 people were left without a job. The community rallied together to put in place an agriculture project in 2015. “Today, we have one greenhouse, two tunnels, gardens, 6000 haskap berry plants and an experimental bakeapple cultivation project,” said Wanita Jones, the project lead, with pride. “Our goal is to be able to supply our community with fresh produce. We have to learn everything from scratch, but it’s a fantastic challenge.”

And similarly, other greenhouse or community garden projects can be found in Nutashkuan, Tête-à-la-Baleine, Port-Meunier and Rivière-Saint-Jean, to name but a few.

“When people think about North Shore products, they think of seafood. Forest products don’t necessarily come to mind, even though the region is filled with them. We want to develop this niche.”

There are now a wealth of initiatives on the North Shore, even in areas where the thought of growing certain varieties of fruits and vegetables would have once been considered a flight of fancy. For instance, in Bonne-Espérance, on the Lower North Shore, Chesley Griffin’s garden now contains 270 fruit trees that produce about 60 varieties of fruit, including apples, pears and cherries.

Some locavores take it a step further by raising all the meat that ends up on their plates. On their farm, the Grange du Père Jack, located in Rivière-Pentecôte near Port-Cartier, Mélanie Lapierre and Jacky Dufour raise egg-laying chickens, calves, pigs and goats, which allows them to feed their seven children year round.

Those who don’t have a green thumb and don’t want to raise their own chickens and pigs can visit one of the North Shore’s many public markets, the u-pick farms or the farms that offer CSA (community-supported agriculture) vegetable baskets. There are so many ways to satisfy North Shore appetites for home-grown products. 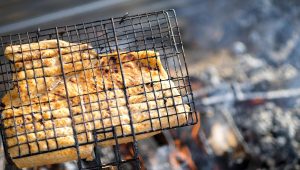 “We want to put in place sustainable food systems on the North Shore,” said Marc Normand, the director general of the Table bioalimentaire Côte-Nord. “That involves changing habits—from personal consumption habits to restaurant procurement habits. But there is great development potential. Scores of new initiatives and young entrepreneurs with new ideas are carving out a place for themselves in the region. That’s why we’re seeing microbreweries and craft distilleries starting up production. That’s why we’re seeing several small businesses banking on niche and emerging crops, such as hops and haskap berries.”

“It’s absolutely possible to be a locavore on the North Shore,” said Marc Normand. “You just need a different approach. You can’t just pick recipes at random. Instead, you have to think: here are the products I have on hand. Can I make a recipe with that? You have to use your products as the starting point!”

“It’s one of the only regions in Quebec that has seen a rise in farming businesses in recent years.”

8 tricks and tips to become a North Shore locavore

The following products are cultivated, harvested or produced on the North Shore: 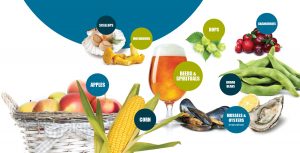